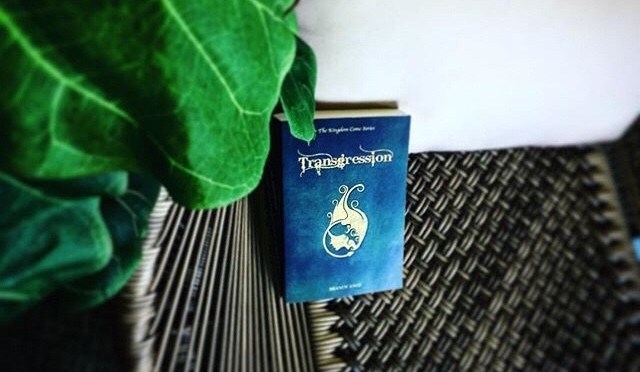 Transgression: Book One of The Kingdom Come Series

Ever wonder if there is a God? And, if there is, would Satan be real, too? What about angels? When Achaia’s father disappears, she finds out just how real the spiritual world is. But it’s not like the angels and devils you see on shoulders in cartoons. This war is real, and she’s caught right in the middle of it.

Book one of The Kingdom Come Series, Transgression, debuted in 2017- While Penance is expected to release in 2020.

A portion of the proceeds from The Kingdom Come Series go to Rapha International to support the rescue, protection, and recovery of human trafficking victims.

Also in the Works:

Elisabeth’s sister Elise was the victim of a horrific murder. After a summer of mourning, it is time for Elisabeth to face her friends and her school again. But when the cult that sacrificed her sister is suspected to be behind the disappearances of some of her classmates, Elisabeth knows there’s no going back to normal. As Elisabeth is pulled into the fold, she discovers that her sister was no random target, and her family has secrets darker than anything she ever imagined.

Book one of The Sect Series is planned for release after The Kingdom Come Series. Charity support TBD.

The Harvest Cycle of Rest

It seems like a simple and attractive concept. Yet, many people struggle to do it properly, if they do it at all.

Did you know you can rest wrong? Did you know there were different types of rest you should do at different times? If you got caught up in the rat race, or you’ve ever been burnt out, you’re doing it wrong; rest, life…

If we rest well, we work, play, and live well. So you’d better make sure you’re getting it right!